The Most Epic Scams in Crowdfunding History

Scammers can be found almost anywhere, so it makes sense that there also exists scammers on crowdfunding platforms.

Some seem like legitimate crowdfunding campaigns with viable products… That just happen to take their funding and use it on rent and strip clubs. While others put out some weird products that defy common sense and scientific laws!

Here are the 5 most epic scams in crowdfunding history:

The first motorcycle helmet with a built-in computer and a rearview camera to eliminate all blind spots for a safer ride.

The Skully campaign raised nearly $2.5 million on its Indiegogo campaign, making it one of the most successful campaigns on Indiegogo, and that cash was combined with venture capital bringing the total raise to $15 million in funds. Time to party.

However, production and delivery of the helmet met delay after delay, until the company declared bankruptcy and shut down in July 2016. Oops.

A lawsuit claims that the company ran out of money because of its founders treating the funds as a “personal piggy bank”, disguising the following scandalous expenses in their books as items classified for business purposes:

Claiming to have created the world’s first artificial gills for use in shallow diving, eliminating the need for traditional scuba diving gear, Triton raised near $900K on Indiegogo.

The product claimed to be able to filtrate dissolved oxygen from water using “Microporous Hollow Fiber”, powered by a “modified lithium-ion battery” which, the team stated, waw “30 times smaller and 1000 times faster than current batteries” running on a “modified micro compressor”. Wow!

And this groundbreaking technology was invented by a designer, a salesman and a marketing expert with no background experience in science or engineering. Raise eyebrows now.

Experts claim the device is a fantasy because filtering the liters of water per minute to extract the volume of oxygen required to survive in such a minimalist design is impossible–there would not be enough space in the contraption to store the necessary amounts of oxygen; batteries of the small size that would go in the device do not exist that would deliver the energy needed to power the device.

After being proven no working prototype existed, and the video showing their salesman using the product in a swimming pool was fake, they debunked their own initial claims.

Then the story changed… now the claim was that only one of the arms of the product functions as gills, while the other one uses a canister of liquid oxygen–which is also scientifically impossible.

For credibility they produced another video showing a person ‘breathing underwater’ with the device in a deep pool, who was likely using a hidden hose and air tank. Wonderful fiction!

The project finally came clean and refunded all backer money to their Indiegogo supporters.

The Skarp Laser Razor, claims to remove hair like a real blade razor but, instead of a blade, it purports to use a small laser that cuts through hair with no irritation. It raised  USD $4 million during their Kickstarter campaign before it was shut down for, ummm, integrity issues.

Skeptics began questioning the ‘prototype’ shown in the campaign videos, which looked different from the prototype images on the campaign page. The device in the videos seemed to have an indentation with a thin fiber attached, which was only capable of cutting around five arm hairs in one minute. The team also failed to provide any tech specifications of the laser razor or explain exactly how the laser worked.

It turned out that they did not actually have a fully functional prototype, thus their campaign was suspended by Kickstarter on October 2015, Kickstarter stated:

“We’ve concluded that it is in violation of our rule requiring working prototypes of physical products that are offered as rewards.”

The Lazor Razor team wasn’t about to shut down shop – without a functioning prototype they were out of Kickstarter’s policy, but the team then moved to Indiegogo, which has looser rules for what type of projects are allowed on the Indiegogo platform.

In the end, the Lazor Razor successfully raised USD$500K on Indiegogo.

However, at the time of this writing, the Laser Razor has yet to produce or ship anything. Maybe when the product is completed, if ever, the creators will shave their manly beards.

Watchers of this project were skeptical from the outset:

The team eagerly promoting this revolutionary razor all have beards or stubble, seems they didn’t test the razor on themselves?

Laundry balls are proven to be a marketing scam dating back to the late 90s, and are supposed to substitute the need for laundry detergent….supposed…

The Crystal Wash 2.0 Balls not only try to sell the idea that the bioceramic beads inside raise the pH level of the laundry water and produce hydrogen peroxide which, they claim, cleans and disinfects clothes, and is “a proven technology that literately [sic] lasts for at least 1,000 loads of laundry”…

This 2.0 version also connects to your smartphone via Bluetooth, giving you real time information about how clean your clothes are, the pH level of the water, when your load is done and when you need to ‘recharge’ your laundry balls by putting them outside in the sun. 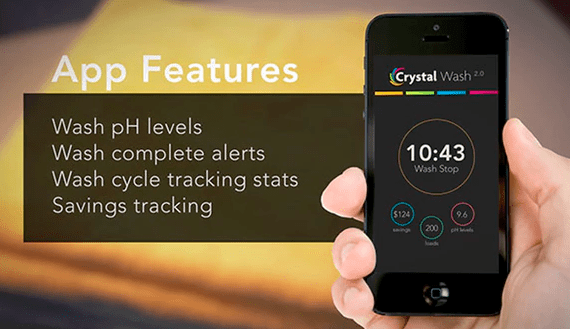 They successfully raised over USD$260K on Kickstarter. But they shipped only the ‘non-connected’ version of the laundry ball instead of the promised ‘smart’ version (which is identical to other cheaper laundry balls available on the market, at the time updated June 2020) – and the majority of backers report no difference between using the laundry balls and washing their clothes with hot water. 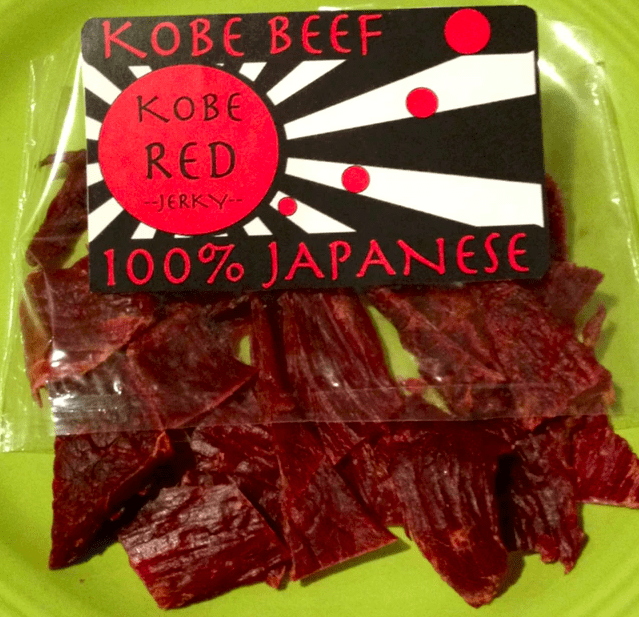 Kobe Red launched a campaign to fund jerky made of Japanese Kobe beef, which is world famous because the cows live LARGE, legend and this campaign claims the cattle are fed beer and massaged by human hands, leading to tender and delicious meat. Cheers.

The project claimed to have uncles with cattle ranches in Kobe, Japan, and that this special connection would allow the project team to obtain beef at a much lower cost than the going market rate.

The jerky would come in three gourmet flavors:

Despite a mediocre campaign video and some strange testimonials in the form of iPhone message screenshots, they raised UDS$120K from over 3,000 backers on Kickstarter, their goal was just $2,374.

The jerky team would be collecting all the backer money, the scam was uncovered by another Kickstarter campaign, that was making a film:

The other campaign, or whistle-blowers, were on Kickstarter to create a documentary film called Kickstarted. They approached Magnus Fun Inc., the apparent company behind Kobe Red Jerky project. The film crew invited the Kobe Red Jerky team to be featured in their film. It was during this process they discovered lots of red flags and witnessed suspicious behavior.

Together with other concerned Kickstarter backers, they unveiled amongst other things that:

All this together did not add up.

Only an hour before their Kickstarter campaign was about to end, Kickstarter suspended the campaign and saved the backers from losing their pledged money.

After the failed campaign, the individuals behind the scam allegedly attempted to sabotage (i.e. troll) the Kickstarted campaign as a form of retribution for their part in getting Kobe Red suspended.

There you have it! These are some of the most epic crowdfunding scams to date, but keep your eyes open to the possibility of even greater scams in the future that will put these ones to shame.

Just don’t try to pull any scam like this yourself, as it will lead to supsension and a ruined reputation, as we have seen from these cases.

Analisa Sande is a content marketer in the e-commerce and crowdfunding space, who wrote the book “The 7 Challenges Faced By Wildly Successful Crowdfunders“. When not researching the latest marketing trends, she spends her free time drawing caricatures of world leaders.