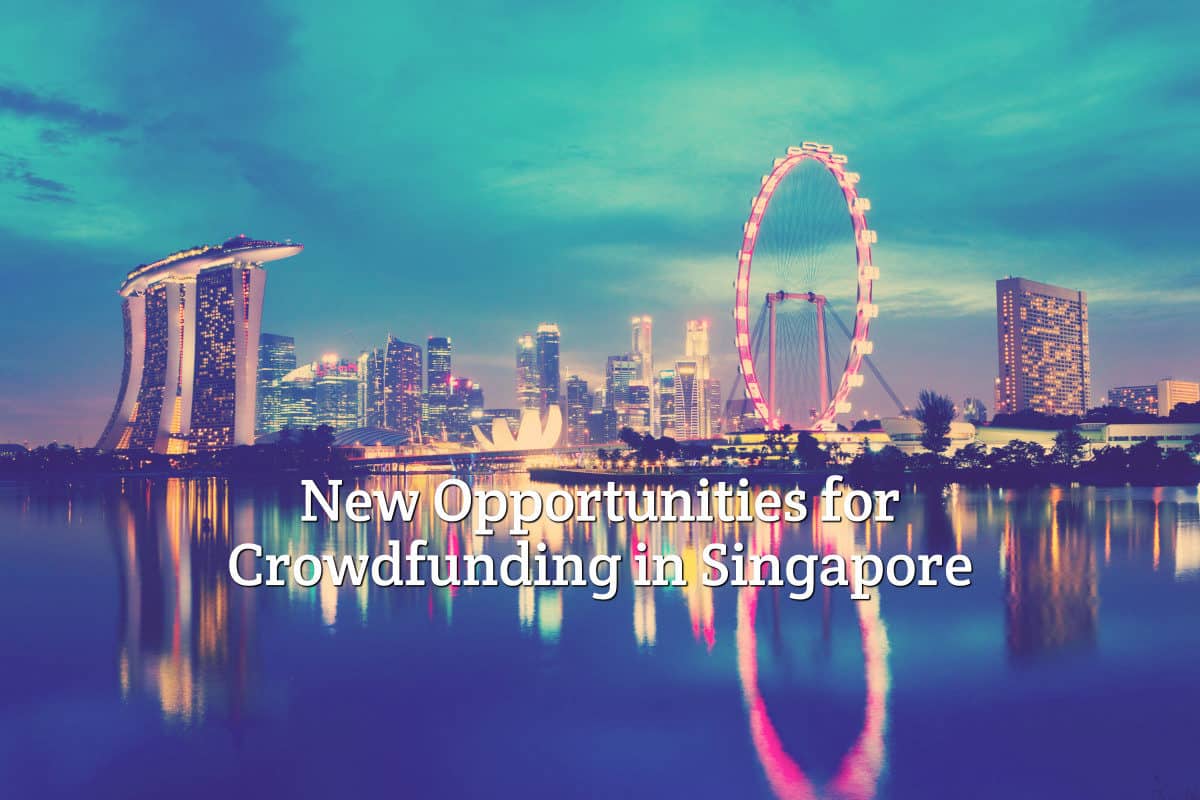 According to the Asian Development Bank, the economy in Southeast Asia is poised to grow steadily by upwards of 5.7% in 2017.

Small and medium enterprises (SME) comprise anywhere from 51% to 97% of this growth, but they face challenges getting funding. Many have operating costs too large to be covered by microfinance, but too small for most banks. Enter crowdfunding, the alternative lending channel that connects investors to businesses at a fraction of traditional costs.

Singapore is one of the most promising of the emerging crowdfunding scenes.

The country has one of the highest growing populations of high worth individuals in the world, and has a per capita GDP of over $72,000, which makes it an ideal market for SME in Southeast Asia looking for investors.

Moreover, Singapore is second in the world on the 2016 index of Economic Freedom, with remarkably transparent and efficient regulations and an openness to global trade and investment.

Historically, the government has passed policies to attract investors, improve research and development, and promote innovation and expansion for entrepreneurs. This year, Singapore set its sights on legitimizing crowdfunding platforms with regulations meant to protect investors and to help crowdfunding compete with traditional financial institutions.

The new regulations come at the perfect time for small businesses, which struggle with fundraising for early-stage financing. David Rose of Rose Tech Ventures says that venture capitalists invest in only 1 out of every 400 companies that they evaluate. This means that new businesses have only a quarter of a percent chance to receive the investment that they need to continue. Crowdfunding changes these odds significantly.

Kickstarter, for example, claims to have a success rate of 45% for its all-or-nothing approach to fundraising. Overall, businesses that use crowdfunding succeed more often than those that rely on venture capitalism alone.

In response to the growing popularity of crowdfunding in Singapore, the Monetary Authority of Singapore (MAS) enacted new regulations in June 2016 for investors and entrepreneurs. MAS now requires platforms to obtain a Capital Markets Services license (CMS) to operate. The new rules also lower the financial thresholds for small businesses’ base capital and operational risk requirements.

FundedHere, the first crowdfunding platform to be approved for a CMS license, applauded the regulatory changes, stating that now crowdfunding is available to the general public, not just accredited investors. Previously, only investors whose net assets exceed $1.5 million US dollars were allowed to access most forms of crowdfunding. The new, lower barrier to entry better reflects the spirit of crowdfunding, which is meant to give opportunities to average people.

Lawrence Yong, the founder of Singaporean platform MoolahSense, also favors the common standards that come with the new regulations. He believes this puts Singapore in a good position compared to China, citing the “proliferation of shady operators” that turns investors away from the Chinese P2P lending sector.

Since the new regulations from MAS passed, a number of crowdfunding platforms have received licenses in Singapore.

As of August Kickstarter has also launched its business with an official CMS license in Singapore. Other prominent platforms include the Peer-to-Business (P2B) lending platform Funding Societies, which claims to have overseen loans totaling more than $6.3 million US dollars to over 100 SMEs since 2015, and Fundnel Limited, a private investment group that operates on equity crowdfunding.

The new legitimization of the crowdfunding and P2P lending market in Singapore offers new startups better opportunities and chances of success than ever. As other markets in Southeast Asia follow Singapore’s example of regulating and promoting crowdfunding platforms, we can expect small donors to become an important part of the economic landscape for years to come.